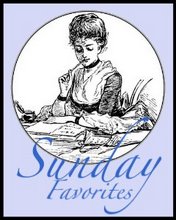 Join Chari at Happy to Design for Sunday favorites and Charlotte and Ginger at Blogger Spirit for Spiritual Sunday and enjoy your Sunday!

It is Sunday so that means a past favorite and something for the soul. I’m very blessed to have a talented, creative, Christian mother. Last March, she wrote a guest post telling about how she got a great recipe for poppy seed rolls. If you would like the poppy seed roll recipe, it was from an earlier post, HERE.

A couple of days ago I posted a recipe that my mother gave me for poppy seed rolls. Mama called and was telling me about how she got the recipe and that she should leave that as a comment. I thought a better idea was for her to write a guest post. So . . . here it is – enjoy: 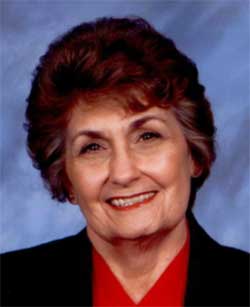 The bread recipe on Christi’s blog (3/11/09) has an interesting beginning for us:
My husband, Chester and I were in Monticello, Utah last September doing a revival for a church there. The Pastor’s wife invited us for dinner one night before church. The meal was delicious but when she set the bread on the table, I thought it looked soooo good, I was sure it was dessert. Well, of course, it wasn’t but it looked so pretty and tasted so good it could have been. She also served some of her home canned apricot jam with it. Well, I could have skipped church that night because I thought I had died and gone to heaven already.

I have since shared the recipe with several people. I fixed it one night, along with a roast dinner for my next door neighbors. The wife has MS and so her husband does most of the cooking, which he is learning to do, so they really did appreciate the meal. He especially liked it and asked for the recipe. He has sent it to several family members and friend all across the country.

The trip to Utah was also memorable for another incident which happened to us:
One afternoon The Pastor and his wife took us to the top of Abajo Peak which is 11,000 ft, located in the Blue Mountains. It was a beautiful site and you could see forever. They have two ATV’s and often ride on the mountains around Monticello. They suggested that my husband use them one day and even had one of the members of the church go along as a guide (thank goodness, we would probably still be there without him).

It had been at least 30 years since I had ridden an ATV and my husband had never ridden one. So, we purchased some sweat suits at Alco, layered our clothes, starting with our pajamas, and put on the warmest clothes we could put together and met our guide at 7:30 one morning. After a brief overview of how to operate the machines we took off. Everything went great until our guide took off on what he called a trail, with lots of deep ruts, sheer drop-offs, low hanging tree branches and I don’t know what all. But, we kept up with him and it was fun. We had reached about 10,000 ft.when the trail (if you can call it that) became more of challenge.

I was riding behind the guide and in front of Chester when I came to some ruts. The left wheels of the ATV kinda slipped into the ruts and began to “fall” over and . . . I began to pray! ” Lord don’t let this thing fall on me!” I was yelling “Help!” but no one could hear me for the noise the ATV’s make. Chester could see something was happening to me and the guide stopped and looked back and later said that I just didn’t look right. Well of course I didn’t look right, I was slipping off the ATV!
When I got off the ATV to the ground, unhurt, the machine righted itself. After we decided that I was alright we remounted the things and took off again.

We were riding along enjoying the scenery which was beautiful and I began to thank God for letting me see all this and taking care of a 70 year old woman who didn’t have sense enough to take care of herself. But I believe life is to be enjoyed and shared. Good recipes should be shared as well.

Today’s Lagniappe: Also from Mama – Pear Relish
This recipe for Pear Relish is one of Christi’s favorites)

Let pears, onions and peppers stand in separate containers for 1 hour. Pour boiling water over each; drain very well. Combine pears, onions, peppers, vinegar, sugar, and seasonings in a large kettle. Bring to a boil; reduce heat and simmer uncovered, 30 minutes.
Pour hot mixture into hot sterilized jars, leaving 1/4 in head space. Remove air bubbles; wipe jar rims. Cover at once with metal lids and screw on bands. Process in boiling-water bath 20 minutes. Remove jars from hot water carefully and place on cloth to cool. When the jars are cool enough to handle move to a cool place and let set for 1 month before opening. Yield about 10 pints.

This is especially good with chicken and dumplings or pinto beans and corn bread.

Christi’s note: I think I have mentioned this before – my father died in 1992 of cancer. My mother has since remarried a wonderful man, Chester Ward. Chester is a minister who serves as Director of Missions for Kay Baptist Association in Oklahoma.