Note: I’m adding this note on Sunday morning. First – thank you to everyone for you kind comments here and on Facebook. Second – I really thought this post would be so hard to write but it turned out not to be as hard as I expected. Probably, in part,  because I had thought about it so long, but also because I have faith that that through our salvation through Jesus Christ, we will be together again one day.

Peace I leave with you, my peace I give unto you: not as the world giveth, give I unto you. Let not your heart be troubled, neither let it be afraid. John 14:27

I also know how incredibly blessed I am to have had such a wonderful friend for so long. Okay, end of note back to the post 🙂

Here is the post that I have thought about for a long time but have not been able to write. Not sure I’m ready now, but here goes. This post is pretty long but there are not enough words in the world to do justice. 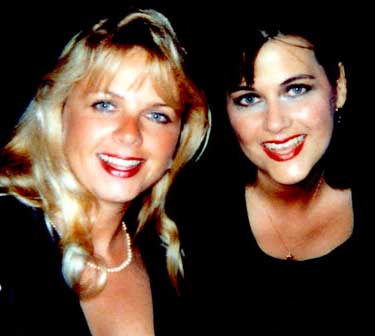 My best friend is the beautiful blond on the left. This picture was taken 13 years ago, the night before my wedding. Her name is Jacqueline Ann Nelson Richey. In high school she went by J.Ann. In the years after high school she simply went by Jay.

I’m not sure when we first met. We became friends in the 7th grade. We had met years before that because we both took piano lessons from the same teacher (Mrs. Norma Millsap) and we saw each other twice a year, year after year at our piano recitals.  We became good friends in 7th grade and the friendship continued until her death at age 43 on Christmas morning, 2005 from breast cancer.

I was her maid of honor at her first wedding. After she married, she moved away and we lost touch for a few years but as it turned out, we ended up living and working very close together in the Dallas area. We reunited and became close friends again. It was different than our high school friendship. We both had grown older and had more life experience  that enriched our friendship. It deepened our adult friendship to have known each other in those early years and to understand where we came from. She had divorced and we were both single girls in Dallas now!

We had so many wonderful times in Dallas. What a great friend she was. She knew me better than anyone and vice versa. We shared secrets with each other that we wouldn’t share with anyone else.

Eventually, her interests took her away from Dallas to Nashville, or more specifically, to Franklin, Tennessee. This time when she moved, we kept in touch. In 1997, she was my maid of honor at my wedding. My wonderful friend, Julie Jones was my matron of honor.

In 2002, she remarried. She had relapsed and undergone more chemo before her marriage but on her wedding day, she was as beautiful and radiant as ever.

After her marriage, she continued to fight breast cancer. She underwent experimental treatment but it had metastasized. I remember visiting her in March of 2005. Her husband talked to me privately and told me that her doctor had advised that she might live a year to a year and a half with more experimental treatment, but he had not told her. I asked her what she would say to that kind of prognosis. Her response: “It is not their choice!” She said (and I agreed) that only God knew when she would die, everyone else was just guessing.

She had already undergone so much treatment and was understandably tired of it. She was determined to pursue more naturalistic methods from there on out. She really needed support for this (however, she would have done it without support) and I was happy to provide it.

We talked all the time about her treatment and how she felt. She was AMAZING! And, no matter how things were going with her, she always wanted to know what was going on with me as well. I remember her telling me so many times that I needed to have more fun! How wonderful is that?

Sometimes, she would just say, “we always talk about me and how I feel, let’s just talk about something else.” We had so many great visits. I visited with her in Nashville again in September of 2005. She was starting to experience more pain. We talked about her pain and how she would handle it if it escalated (as it surely would). She was pretty opposed to pain medication but she agreed, if the time came, she would seek a pain specialist to help.

Throughout, she kept her incredible (and fun) spirit. She had a Halloween party at her house that year. She wasn’t up to doing a lot but she enjoyed everyone else having a great time. We spoke the week before Christmas. She was planning another party. She was on morphine then and things were not going well but she was still planning a party! She wanted to have it between Christmas and New Years. My husband and I were going to spend Christmas with my mother and then head to Nashville to be with her.

The greatest thing about Jay is how she lived her life. She didn’t let cancer define her at all. She was who she was no matter what. She got her strength from God and from those who loved her.

How blessed I am to have had such a special friend. I do pray that they find a cure not only for breast cancer but for all cancer!

Back in the day, Jay and I used to laugh about how we would someday sit in our rockers and laugh and laugh at all of our stories. We even had started writing a book together. I miss her so and can’t wait to see her in heaven. 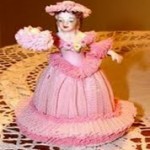 Pink Saturday with Beverly at How Sweet the Sound 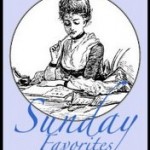 With Chari at Happy to Design